Donald Trump says the U.S. would have gone into a depression if he listened to scientists during the COVID-19 pandemic.

During his rally in Carson City, Nevada, Sunday, President Donald Trump said the United States would be in a “massive depression” if he listened to scientific experts with regard to coronavirus.

“He’s gonna lockdown. This guy wants to lockdown,” Trump said of his opposing presidential candidate Joe Biden. “He’ll listen to the scientists. If I listened totally to the scientists, we would right now have a country that would be in a massive depression.”

“We’re like a rocketship. Take a look at the numbers,” Trump continued to tell the crowd. “This election is a choice between a Trump super recovery, which we’re in right now, or a Biden depression.

Almost 220,000 deaths have been reported in the United States, more than any other country. Trump, himself, tested positive for COVID-19 on October 2nd. He was hospitalized for 72 hours at Walter Reed National Military Medical Center.

Biden campaign spokesperson Andrew Bates responded with a statement saying Trump tanked the economy already: “Donald Trump tanked the strong economy he inherited from the Obama-Biden Administration by continually discounting and attacking warnings from the scientific and medical experts working around the clock to save lives.” 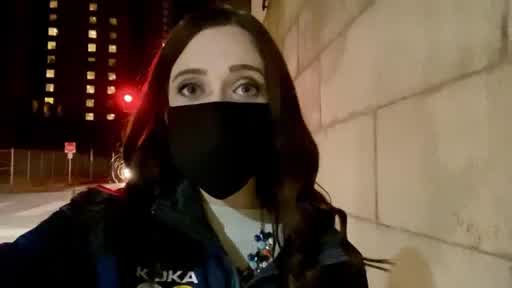